Traditional marriage is an African theatrical display of Romeo and Juliet. Only that, it is a jolly affair embedded with deep symbolic actions and symbolic gifts too.

Going to make known ones intentions bearing gifts to the bride’s family is one, discussing the time the main event will take place is another inclusive of the list given to the grooms family to provide at the next meeting.

For the main traditional union of boy meets girl that seals the deal between these two, called Igbankwu, for the Igbo’s or Fitihah in Hausa, and Igbe Iyawo in Yoruba. It is here that the disparity begins to arise. 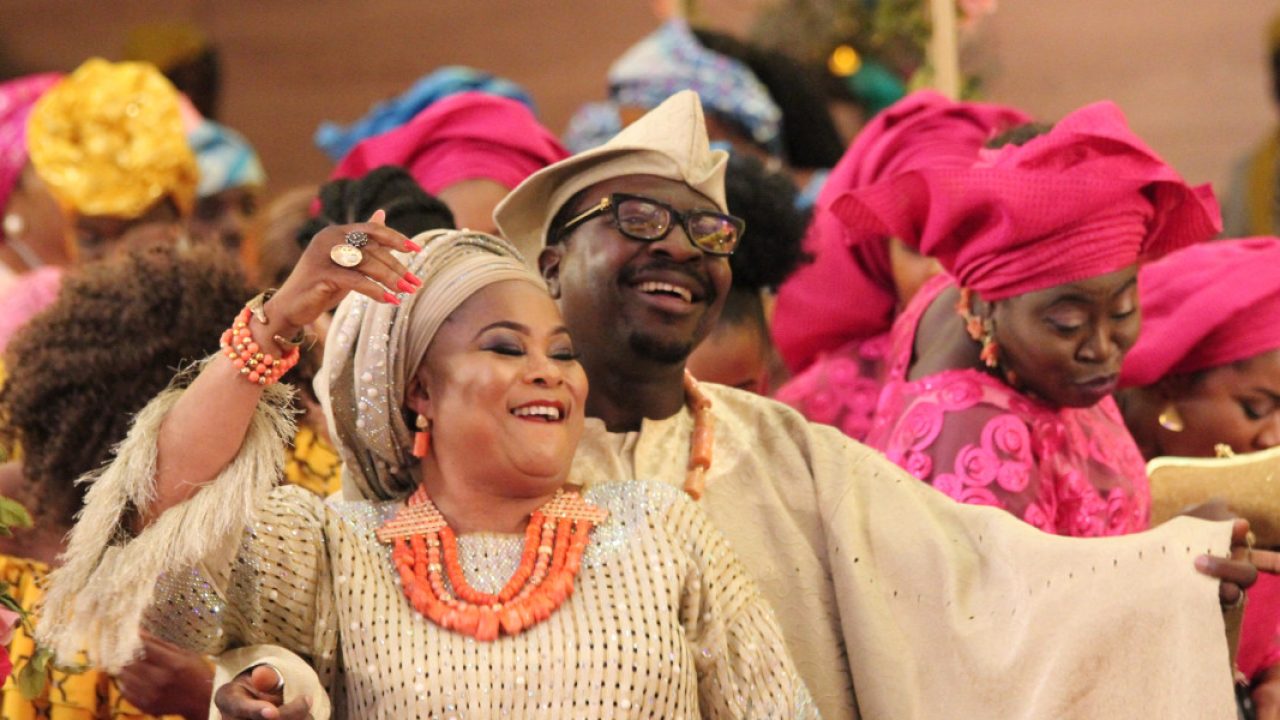 Igbe Iyawo just like others is done with deep-rooted meaning and calculated intention. The engagement for the Yoruba is an essential part of the union which is mostly spearheaded by the Alaga taking the role of the MC with her poise and sense of humor she drives the smooth running of the event being a traditional custodian to ensure that all is done in the right manner.

Like dance drama with lots of symbolic actions in between the entrance of the groom begins the rich cultural display as he dances in flanked by his friends as they all humbly prostates in respect and honor before his in-laws then the second prostrate he does alone which comes with showers of prayers from his in-laws.

The Yoruba mode of tradition is stagy in every way, like sitting down and watching a live performance at the theatre as two love birds become one. You have the writing of letter by the groom to the bride which is read out for all to hear as well as the bride ready with her response in form of a letter too these actions are done by delegates from the bride and grooms family.

The Yoruba and the Hausa brides have semblance with having the bride’s face veiled and is later unveiled at the right time during the ceremony by the appropriate persons, a system that is not done by the Igbo’s at “Igba nkwu”. But the dramatic display of the Igbankwu is mainly with the bride seeking her groom; she graciously dances to the delight of her guests as she carries palmwine in a gourd cup in search of her husband in the crowd while having other eligible bachelors trying to draw her attention their way. The gods of the land are present in spirit and are represented through the Umunna who come out in mass to give out their daughter in marriage.

The use of Asoebi; a borrowed Yoruba word is used to coordinate colours at the event and to differentiate the bride’s family from the groom’s family. It is a colorful coordinated traditional attire worn by families and friends. The listed ethnic groups all adopt this color scheme pattern in their arrangement especially white which has found its way in the heart of many Yoruba wedding settings accompanied though with other colours. Another is the list. Everyone has a list from the bride’s family.

This can be monetised if need be and can also be bargained. The list includes foods items and drinks with the list varying from one tribe to another. The Yorubas’ have on their list a fruit basket for the bride with the significant presence of the pineapple with represents the patience and resilience. While the Igbos cannot begin their celebration without the breaking of the kolanut as it is said “he who brings kolanut brings life”.

Do you know that the disparity does not end at the traditional union of the bride and groom? As for the Igbos who are known for Omugwo, this tradition juxtapose the Yoruba’s belief as the groom’s mother is the one who takes care of her daughter-in-law after when she gives birth unlike the case of Igbo customs.

Yet again the Igbo and Yoruba are more exorbitant to arrange for the elaborate nature of both whereas the Hausa is often times simple and easier to handle though theirs is primarily guide by the principles of Islam.

Interestingly, the exchange of vows is done by proxy and not by the bride and grooms themselves. Perfume is an element used by the Hausas’ which does not feature at Igbankwu or Igbe Iyawo.

The traditional wedding is a test of the man’s capability to take care of his wife and family and family which many of the gifts showered and the actions carried out metaphorically represents.

Messi Will Stay At Barcelona

Tips For Dressing For Your Next Video Meeting And Dates

5 Headdresses You Should Own

The Story Our Faces Tell —

BBNaija: “I’m Not Going To Make Love With You Outside The House”

BBNaija: “If I Didn’t Have A Man, I’ll Pursue Something With Cross Outside The House”

BBNaija: Our Bromance Is Made In Heaven, My Gee For Life

some reasons why you should opt for oil...