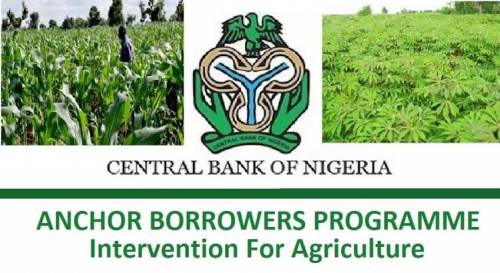 A monumental fraud running into several billions of naira has been uncovered in the Central Bank of Nigeria’s Anchor Borrowers’ Programme.

Some faceless officials of the scheme in connivance with their cronies in cooperative societies and commercial banks in the country have been working closely to use the Bank Verification Numbers and other vital details of applicants for the loan to swindle both the government and farmers, SaharaReporters has learnt.


An investigation by SaharaReporters into this wanton looting of public funds revealed how some wheat farmers in Bauchi State under Evergreen Cooperative Society in 2017 applied for the CBN loan through Madaki Agro Alliance but never received a dime despite their information used to open bank accounts and huge amounts remitted into them.

Over 40 farmers under Evergreen Cooperative Society were asked to submit their BVN and other vital details at a Stanbic IBTC Bank branch in Bauchi preparatory to the opening of an account where the loans applied for will be paid into upon approval by government through CBN.

The farmers were seeking to cultivate wheat in commercial quantities on 10 hectares of land per person to further boost Nigeria’s drive for food sufficiency.

While waiting for the next step in the process of collecting the loan having fulfilled all necessary requirements, applicants were shocked to receive notification in December 2017 of accounts being opened in their names in Sterling Bank.

Initially dismissing the development as the work of scammers trying to trick them into falling for their latest ploy, the applicants were soon left astonished when a total of N1.3million remitted to each of the accounts opened and transaction began to take place on them.

Upon approaching Sterling Bank to complain about the development, they were told by bank officials to be in touch with Madaki Agro Alliance for further clarification.

Realising that the money had been removed from their accounts in quick succession, the applicants approached Madaki Agro Alliance for explanation into the entire issues and it was at that point it became clearer that they had merely been used to steal huge funds under the CBN Anchor Borrowers’ Programme.

“Immediately we approached Madaki Agro Alliance as directed by some officials at Sterling Bank to complain about our details being used to open bank accounts and funds remitted and withdrawn from them without our knowledge, we realised we had been used as pawns to siphon billions of naira from government coffers.

“We were offered 10 per cent of the N1.3million original loan amount as ‘gift’ in return for us to keep our mouths shut over the clear act of fraud, impersonation and forgery committed against us.

“We rejected the deal and further questioned why our BVN and vital details were used to open accounts in Sterling Bank instead of Stanbic where we registered for the same purpose. Those handling the loan told us to forget about the matter as it had already been sorted out.

“We have reported the issue to the Consumer Protection Agency, Department of State Services in 2018 but nothing has come out of the issue.

“How can our details be used to open accounts in a bank and billions of naira worth of transactions carried out on them and nobody will be willing to offer any explanation.

“The handlers of the CBN Anchor Borrowers’ Programme merely used us to steal money from the government; we never received a penny for the loan we applied for. I never believed a fraud of this magnitude can be carried out and nothing will be done,” one affected applicant, Muhammad Sani Abdullahi, disclosed.

According to findings by SaharaReporters, between 2017 and 2018, the information of farmers under at least 46 other cooperative organisations was used to open bank accounts through which billions of naira of government money was siphoned under the CBN Anchor Borrowers ‘Programme.

“This is just a small fraction of the fraud going on under the scheme. This is happening with the active connivance and participation of those entrusted with making a success of the program,” another affected applicant, Adamu Madaki, said.

The CBN Anchor Borrowers’ Programme is an agricultural loan scheme launched in 2015 by the Nigerian Government through the apex bank to boost agricultural yields, halt large volumes of food importation and address negative trade balance.

In February 2022, the CBN revealed that N948bn had so far been released to farmers across the country under the scheme.

“Specifically, under the Anchor Borrowers’ Programme, we have disbursed N948bn to 4,478,381 smallholder farmers who cultivated 5.2 million hectares of farmland across the country, thereby creating 12.5 million direct and indirect jobs,” CBN Governor, Godwin Emefiele, said at the time.

But much of that amount claimed to have been disbursed by the apex bank and its agents have found their ways into the pockets of corrupt officials, denying farmers, who need the loans of the opportunity to do so.

In January 2017, farmers in Cross River State under the scheme alleged that they were paid N95,000 each for a fertiliser loan while being compelled to sign that they received N250,000.

Despite these revelations and more, handlers of the scheme have continued to devise various means to steal public funds on a large scale.

When contacted by SaharaReporters over the issue, spokesperson for the CBN, Osita Nwanisobi, did not respond to calls.

He had also yet to reply to a text message sent to him as at the time of filing this report.

Tesla Finally Gets Green Light To Start Production In Germany