Funmi Ogundare
OISA Foundation, yesterday, appealed to institutions and corporate bodies to throw their weight on the foundation so as to allow indigent but brilliant children to acquire education.A trustee of the foundation, Prince Abimbola Oloshore who made this known while briefing journalists on the 10th year memorial activities of HRM Oba Oladele Olashore, in Lagos, expressed concern that Nigeria has the largest number of out-of-school children in the world, adding that the foundation is partnering with other foundations this year, to offer scholarships to indigent but brilliant children who can cope with a number of things.”Some children needed to be taken out of their environment to thrive while some need to stay in their environment to thrive. Our business now is to see which one is applicable.

The more money we have, the more we can do,” the trustee said.He recalled that the first beneficiary of its scholarship scheme whose parents are indigents from Sapele, in Delta state, but lived in Iloko, Osun state, also got a scholarship at Pan Atlantic University and  currently on a CPGA of 5.0.He noted that the foundation is looking out for such persons who has benefited from the system and will in turn give back to the society.He  emphasised on its major areas of intervention which include; education and health, adding that a lot of youths between the ages of 12 and 18 years have mental health issues which sometimes go unnoticed by parents and schools.

Olashore said the foundation is currently developing toolkits that will be distributed to schools so that they will know the areas of intervention for the students, adding that it is also training educators, school owners, teachers, guidance and counsellors, as well as parents in that regard.According to him, ” we raised money to develop the toolkits so that we can distribute  to every school. It will be a guide for them to mitigate effect of mental health issues. We are working with guidance and counselors of schools so that it can be adaptable to different cultural diversity.

We also train  parents, caregivers , teachers, educators, guidance and counselors, so we can move from a talkshop to something practical.”Activities to kick-off the 10th year memorial programme include a thanksgiving service on June 11, 2022 at Oba Samuel Oyerinde Olashore Anglican Church, Iloko-Ijesha Osun State, as well as a memorial lecture of HRM Oba Oladele Olashore, on June 20, at Civic Centre, Ozumba Mbadiwe Street, Victoria Island, Lagos. The keynote address will be delivered by the Vice President, Prof. Yemi Osinbajo, while the Founder, Fate Foundation, Mr. Fola Adeola, will deliver the memorial lecture. 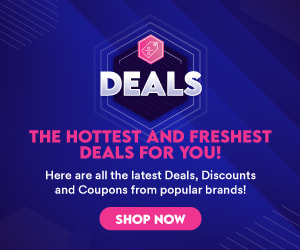